Posted on September 6, 2013 by bnicolace

Oh hey. So it’s September.  And you know what that means?!  YEP, we here in New England lose our ever lovin’ minds.  -i will circle back to that- But, for the most part we are good peeps.  I mean you know, we are friendly to check out clerks and smile at the random passerby whilst shopping at Market Basket.  That is unless of course there is a sale announced and we frantically stampede toward the front of aisle 9; like a herd of ravenous water buffalo tracking prey…. sending small children airborne like chunks of turf from underfoot.  -meh. we got our 12 pack of Sam Adams for 8.99, so what there were no survivors?-

Otherwise, we aren’t so bad.  I mean the rap we’re given, being snobs and all.  Not always true…  but sometimes we get the proverbial hair betwixt our anus.  For instance, we don’t do “neighbors”, we don’t make nicey nice that is.  We get home….we have then entered our bubble.  We aren’t  bringing over pies and cakes, nary a June Cleaver shit in these parts.  In fact, if I were to venture a guess, my fellow New Englander brethren would prefer the following activity over socializing with their fellow neighbors:

There are exceptions, there always are. But yeah, that’s the degree of dislike for our neighbors.  I don’t get it, but so tis’.

We drive like douchebags.  Straight up D’s.  But that’s OK as long as you are making a B-line for one of these (in fact if you don’t see one of these within five minutes of driving. bang a u-turn. you’ve driven south of Rhode Island.): 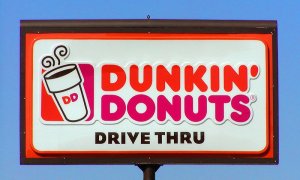 And like I said before… It’s September and pumpkin coffee is back! OMG pumpkin flavor!!! ::tremulous anticipation, seizures and white froth seeps from mouth! ahhhhhhhh gahhhh  f*cking pumpkin!!!:: all normal behavior. trust.  ::ahem:: Along with pumpkin flavored coffee comes pumpkin donuts and pumpkin muffins.  This is also about the time we buy pumpkin scented candles,  make pumpkin flavored bread and then produce pumpkin scented farts.  Pumpkin f*cking everywhere!! In fact, i’m nearly certain if one were able, they’d fashion their sphincter to produce pumpkin shaped poo then stick a wick in it.  Thank heavens that’s an impossibility. ::phew::

Also, we have the most complex of coffee orders, something akin to genuflecting to the coffee gods.  In fact, to get just the right mix, the moon must be on the cusp of Gemini and the sun must be in the house of mercury. Also, a pigmy goat must be sacrificed.  Done.  And, I love the people who order this:

A.k.a., “The filthy beast”.  These are the same people who complain they’re tired around 11am.  Yeah, no shit genius you just drank a liquid friggin’ snickers bar??  My favorite…when they plop that bad larry into the cup holder of a treadmill at the gym.  Why not just bring a handle of rum? Or just eat a snickers… you’ll feel better.  Like Joe Pesci. 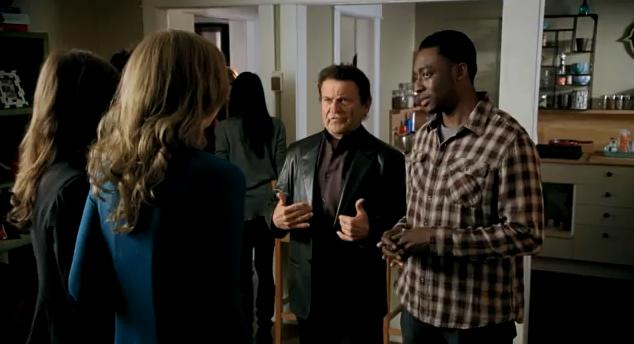 We also LOVE fairs.   Every year, right around this time (september/octoberish).. we go to outdoor fairs.  There we may buy more pumpkins! or old freaky dried to crap lookin’ corn to slap on our front door and oh yah, meat on a stick!  There’s also the rides, you know the same rides that have been disassembled and reassembled about 1,459 times, are encased in rust and violently shake…we like to put our young children on them.  They are operated by a dude named Jose who doesn’t speak English and smiles creepily, with the only three teeth which remain in his head.  There’s horses that pull heavy shit… uh, ok let’s do that then?  Then there’s a tent…where they shave sheep.   {You know, if you really wanna get the ol’ blood pumping}.  It’s not fancy but it’s what we do, every year.  Dare I say it’s actually fun, yikes.  did i miss a few?

The kinda sorta OK thing about living in New England, we don’t fuss too much about our looks.  You don’t have to coif, (coif, such a funny word), prior to checking the mail just in case the neighbors catch a glimpse of our unsightliness.  Full on… who cares.  Class it up, go out in your bathrobe, screw it.  I’ve actually seen a man in his boxers, checking his mail.  NO one cares.  It can be a blessing and also a burden at times.  For instance, no one wants to see your buttcrack brimming from atop your hello kitty pajamas whilst grocery shopping. That’s a tip. You’re welcome.

There’s a scarcity of Wisteria Lane type folks, if you will.  While they exist, we New Englanders do provide a lovely potpourri of sorts.  One will not likely find  a “Gabby” sort from Desperate Housewives pushing Sriracha flavored chips right round the ol’ corner… 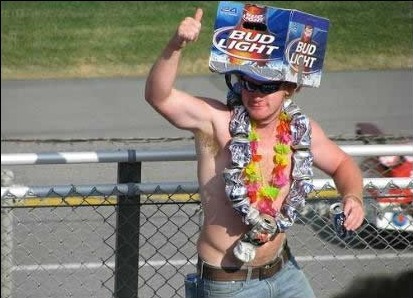 We LOVE Nascar… essentially a group of rednecks watching other rednecks turning left.  It’s riveting. really.  Ok, so I lied, it’s really just an excuse to binge drink for an entire weekend.  Starting at about 8:30 am.  Nothing says ‘let’s party’ more than tossin’ back shots over bacon and eggs.  Actually, i’m not gonna lie…the people are a blast.  Since sobriety is essentially not an option.  I mean what’s more fun than watching someone crash in a fiery wreck? nada much.

Which brings me to this.  We love our booze.  So that landed us here.  Be proud.  That shit WAS NOT easy. Ok, so it was pretty easy.  We’re fun. shutup.:

We have this amusement park in Salem NH, Canobie Lake Park, for about 4 months out of the year it is in operation and people from NH and Mass (mostly) come to visit.  This is where we gather and emerge from our fall/winter hibernation and our potpourri population “mingles” annually.  I’ve provided a Bingo card for your entertainment/use if you should ever visit.  This may also be used at local Wal-Marts.  This should easily paint a clear picture of our lovely New England “flair”. enjoy… please use responsibly. 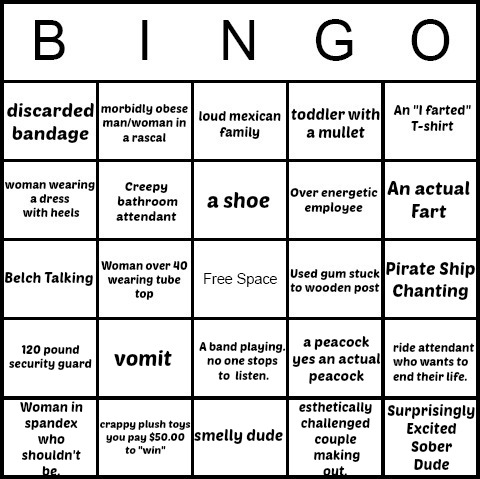 PS. yes, there is a random peacock that walks around. every year…like clockwork, a single god damned googly eyed frickin’ real life peacock.  it’s inexplicable, really. I still don’t get it?  You may find one of these at Wal-Mart as well, every other tuesday of the month, let’s say?  But oh Canobie Lake, you are an enigma.  It’s chock full of “character”.  Great for people watching. trust.

They also have this new ride called “Untamed”.  It’s actually a complete blast.  No lie.  They were smart about this one, and put a “test seat” at the entrance of the ride.  So you know,  patrons won’t stand in a line for over an hour only to discover their ass is too large for the seat.  They figured a sign that read: Ride is not designed for those with a large ass, would border on the tacky and tasteless realm of things.  So problem solved, “a test seat”. ahhh, everyone wins.

Totally random, we bumped into this little guy.  A baby squirrel.  Usually I’m not a big fan of squirrels but the baby ones are kinda cute. awwwe.

I could go on and on and on about life in New England.  It’s mostly swell.  It has it’s quirks, like any other place.  But I will leave you with this, “and that day on the playground, little Susie’s life changed forever when Tommy whispered ‘penis’ into her ear.”  Penis. That is all. 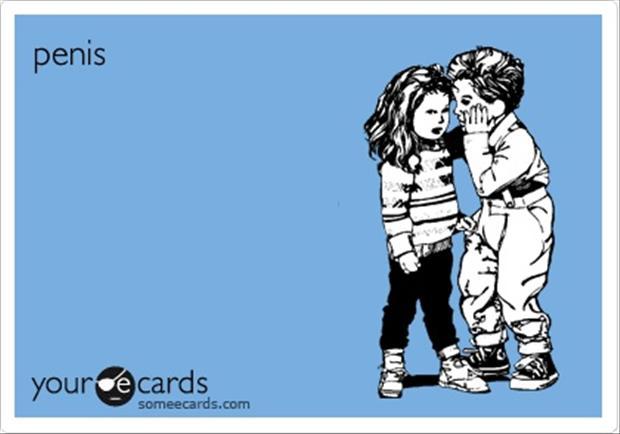 This entry was posted in Uncategorized. Bookmark the permalink.

2 Responses to Life in New England.